The surname Desouza is a artificial name, which means that it has no connection with the origin or the characteristics of the people who bear the name. These names include names of colors, animals, plants, to name but a few common types.

There are many indicators that the name Desouza may be of Jewish origin, emanating from the Jewish communities of Spain and Portugal.

Our research has found that the family name Desouza is cited with respect to Jews & Crypto-Jews in at least 21 bibliographical, documentary, or electronic references:
- Sources 1 - 10 for Desouza 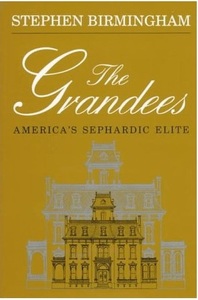 This is a historical romance about the first Jews who settled in the USA. The group was comprised of Jews that were born in Portugal, who came through the Netherlands, the Caribbean and England before settling in the USA. The author focuses on the fact that they married between themselves, thereby adhering to their Jewish faith.

Intriguing work listing Dutch Jews from Brazil, by the ground-breaking and influential scholars of Brazilian Jewry.

José Luis León de Bivar Sousa Pimentel Guerra (1904-1979), was a Portuguese genealogist who researched the role of new Christians in Portuguese society and thus in Brazil. This "A Notebook of New Christians in Barcelos" by an anonymous author is a list of converted Jews in that city in 1497, and some of their descendants. It reports the prominent families in Barcelos (Portugal) with Jewish ancestry.

On March 23, 1536, Pope Paul III authorized the establishment of the Inquisition, and in 1540, the first Portuguese auto-da-f&eacute; took place. Fearing the worst, Crypto Jews began their immigration into neighboring France. Nantes in Brittany became both a temporary and permanent refuge. The newcomers contributed to the growth of this early colony. Among them, were immigrants who practiced Catholicism and others who practiced Judaism. Those who openly declared allegiance to Judaism did not stay long in Nantes. Conservative Catholic values prevailed among the city&rsquo;s population, and when stirred up by the members of the league, a confederation of French Catholics, dedicated to the defense of their faith, made the situation of the Jews similar to what they had suffered in Portugal

Neveh Shalom - Dwelling Place of Peace - was one of the first synagogues built in Spanish Town, Jamaica during the 17th century. The Neveh Shalom Institute is chartered to promote projects to preserve the history, culture, and artifacts of the Jewish existence in, and contribution to Jamaica, from the 17th century.

The Portuguese Jewish Community in Amsterdam was formed by Marranos who returned to Judaism after they had been converted to Catholicism in 1492 (Spain) and 1497 (Portugal). Families who lived in Toledo before 1492 reappear in Amsterdam in the 17th century, showing that for five generations (120 years) they succeeded in maintaining some form of Judaism behind the Catholic image. In the Amsterdam Municipality between 1598 and 1811 about 15,000 marriage certificates of Jews were registered. This Index mainly pertains to the richer and influential Sephardic community of Amsterdam. The great merchants, ship owners, rabbis and philosophers (Spinoza, Menasse ben Israel, Isaac Aboab da Fonseca) all appear on it. There are also families from other Sephardic communities from Livorno and Tunis. Many times weddings represented the creation and maintenance of commercial alliances.

The Portuguese Inquisition formally started in Portugal in 1536 at the request of the King of Portugal, Jo&atilde;o III although in many places in Portugal it actually started in 1497 when the authorities expelled many Jews and forcefully converted many others to Catholicism. The Portuguese Inquisition held its first "auto da f&eacute;" in Portugal in 1540. It concentrated its efforts on rooting out converts from other faiths (overwhelmingly Judaism) who did not adhere to the strictures of Catholic orthodoxy; the Portuguese inquisitors mostly targeted the Jewish "New Christians," or "Marranos". The 17th Century brought with it a new wave of anti-semitism in Portugal. Between 1612 and 1630 the Inquisition in Lisbon, Coimbra and Evora held no less than 47 large autos-da-fe.

Contains a list of Brazilian and Portuguese New-Christians in Brazil (1819 names - 721 women and 1098 men) who were prosecuted or persecuted by the courts of the Inquisition, during the eighteenth century, as located by the author in deposits from the National Archives of Torre do Tombo in Lisbon. This book is a most important source of New-Christians names (Marrano names), mainly of those who remained in Portugal or throughout the Portuguese empire.

A family tree of this family as well as many other Spanish and Portuguese Jewish families in Jamaica, British West Indies, from 1664 to the present century. Includes some interesting family legends.

In 1925, Samuel Schwarz, published a work entitled "The New Christians in Portugal in the twentieth century", telling the experiences of the crypto-Jewish community in Belmonte in northern Portugal. This work, along with the work of Captain Barros Bastos, attracted much attention from the Jewish World to Portugal. 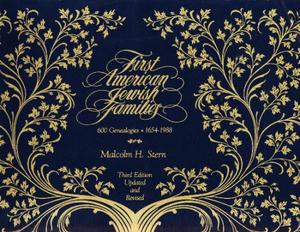 When it first appeared in 1960, Malcolm Stern's Americans of Jewish Descent marked a milestone in the study of American Jewish genealogy. Researchers now have access to the complete text of Rabbi Stern's monumental volume that was published in 1991 as the updated and revised 3rd edition entitled: First American Jewish Families: 600 Genealogies, 1654-1988.