There are many indicators that the name Galanti may be of Jewish origin, emanating from the Jewish communities of Spain and Portugal.

Our research has found that the family name Galanti is cited with respect to Jews & Crypto-Jews in at least 17 bibliographical, documentary, or electronic references:
- Sources 1 - 10 for Galanti 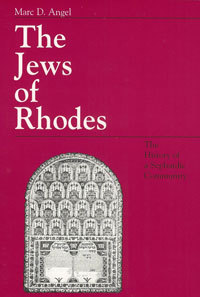 This book on the history of the Sephardic community of Rhodes, traces not only its history but also its economic and cultural life, customs and traditions, its rabbis and scholars, its folklore and literature.